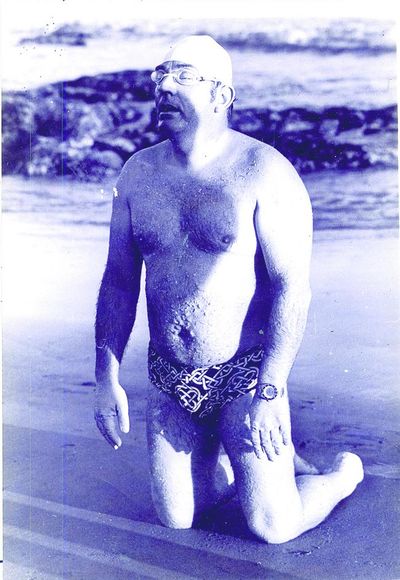 Ted Keenan, an Honor Swimmer inducted in the International Marathon Swimming Hall of Fame after his Bristol Channel marathon swim in 1975 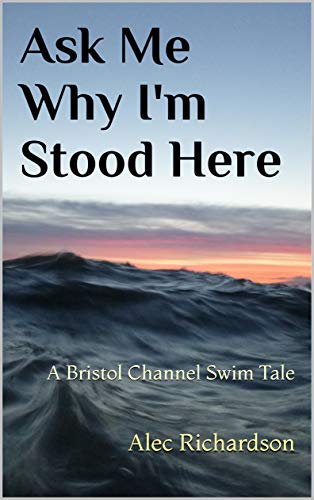 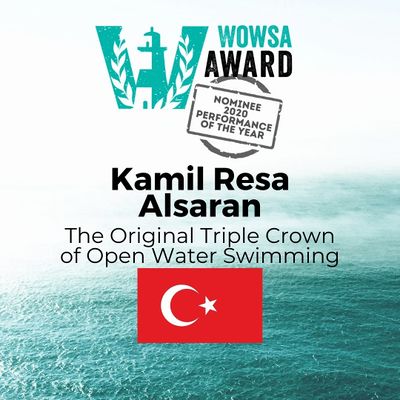 The Bristol Channel (Welsh: Môr Hafren, meaning 'Severn Sea') is a major inlet in the island of Great Britain, separating South Wales from Devon and Somerset in South West England. It extends from the lower estuary of the River Severn (Welsh: Afon Hafren) to the North Atlantic Ocean. It takes its name from the English city of Bristol, and is over 30 miles (50 km) across at its widest point.

Long stretches of the coastline of the Bristol Channel, on both the South Wales and West Country sides, are designated as Heritage Coast, including Exmoor, Bideford Bay, the Hartland Point peninsula, Lundy Island, Glamorgan, Gower Peninsula, South Pembrokeshire and Caldey Island.

Ask Me Why I'm Stood Here

Ask Me Why I'm Stood Here: A Bristol Channel Swim Tale is a 182-page book written by British open water swimmer Alec Richardson that was released in 2018. The book tells the story of his crossing of Bristol Channel from Penarth to Clevedon in England on 16 August 2017 in 5 hours 58 minutes 3 seconds.

After 10 years of living with frequent discomfort and exhaustion from an unidentified condition, teamed with the struggles of balancing fatherhood and work alongside nagging doubts about his general place in the world, Alec Richardson found open water swimming. As a middle aged man, with three busy kids and a teaching job to fill his days, Alec returned to the sport that gave him so much pleasure as a youngster to try to re-find his sense of adventure, to give him a focus, and to give him an excuse to up his calorific intake (an extra layer helps with the cold apparently).

While gazing across the Bristol Channel from England to Wales one morning, he started to wonder if he was capable of swimming across this scarily difficult, yet enticingly challenging stretch of water.

This is the story of how Alec planned and completed the resulting swim from Penarth to Clevedon in a respectable time and recounts tales of sunrises, seaweed caresses, mermaids and mashed boiled eggs. A first-hand account of what goes into a journey like this, full of self-reflection and off-beat ponderings which are sure to strike a chord with anyone toiling through their own mid-life adventure, but also full of helpful tips and advice for anyone planning their own endeavours. Not just a book about swimming, a life affirming tale of frailty, endeavour and a man’s struggle to wear Speedos in public.