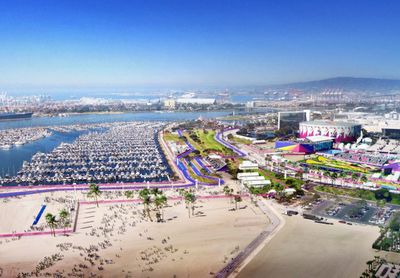 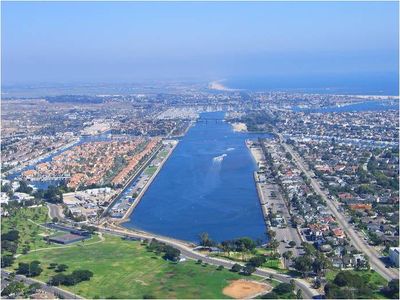 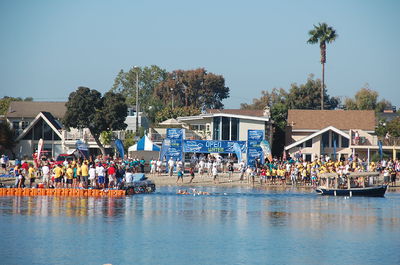 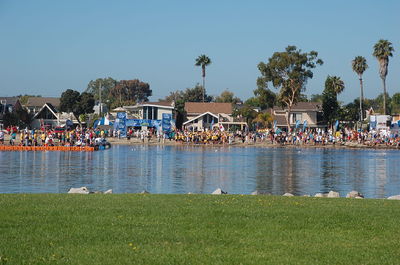 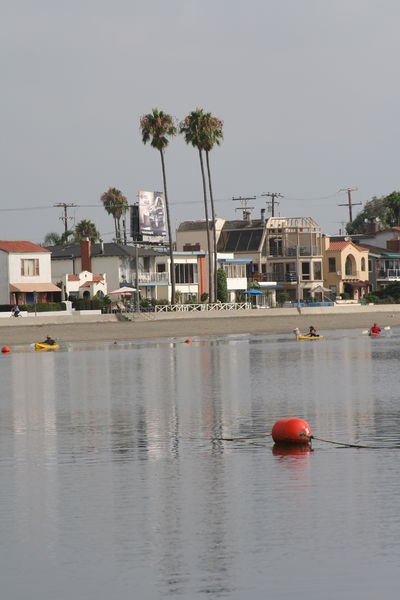 Long Beach has long been an aquatic destination for open water swimming and all types of aquatic sports and recreational activities on a local, national, and international basis.

Rationale for Being the Aquatic Capital of America[edit]

America has nearly 95,000 miles of coastline where over 50% of the total American population lives near the coast. Along the East and West coasts - not counting the tens of thousands of cities and towns dotting hundreds of thousands of lakes across America - one city stands out in the aquatic world.

The history, scope and world-class level of aquatic activities in Long Beach is unparalleled. From Penny Dean training for her world record-shattering English Channel swim to the location of numerous major international competitions, Long Beach has also been the site of Olympic yachting and rowing competitions in 1932 and 1984.

Situated in the heart of Southern California, Long Beach has its fair share of celebrities, skateboarders and rollerbladers in a typical California mix of multi-culturalism with opportunity and sunshine.

1. Mild weather - both in summer and in winter - without humidity and without snow enables athletes to train year-round without interruption.

2. Water temperature range - both in summer and winter - is well-suited for athletes to train year-round without interruption. For ocean enthusiasts, the relatively narrow band of water temperatures ranges from a low of 55°F (12.7°C) in mid-winter to a high of 72°F (22°C) in the mid-summer with most months between 58°F (14.4°C) and 68°F (20°C).

3. An abundance of pools and competitive swim teams for a large population base. For example, there are over 20,000 very active (i.e., more than 5 workouts per week) competitive swimmers working out daily at hundreds of outdoor pools under the leadership of professional coaches throughout Southern California area where Long Beach is centrally located. There are regular training programs under dedicated coaches (both USA Swimming and U.S. Masters Swimming-registered coaches) throughout the area.

4. In the open water swimming world, there are focused open water swimming coaches who have been developing and sharing information and experiences since at least the 1970's. The area also has numerous very experienced paddlers, kayakers and observers who have assisted marathon swimmers and race organizers with an unparalleled body of knowledge.

5. History breeds success. Aquatic athletes expect to be successful while training in Long Beach. Within the area sprinkled with hundreds of former and current Olympic medalists, world record holders and coaches, the level of expectation to rise to the occasion every day of the week and culminate in success is ingrained in the mindset of athletes.

6. A large number of competitions for athletes of every age, ability and background on every weekend of the year. Athletes, coaches, referees, administrators and volunteers can join with other like-minded individuals, enjoying their chosen sport for all its challenges, obstacles and benefits.

7. An overwhelming number of athletes and coaches 'talk shop' anywhere and everywhere in coffee shops, parks, beaches, organic food stores, over the telephone and online. They share their knowledge, network and learn about everything - continually keeping aquatics on the mindset and lips of its residents and visitors.