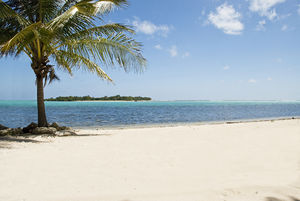 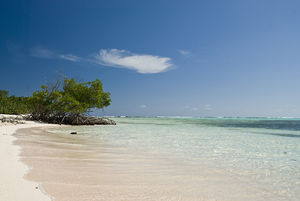 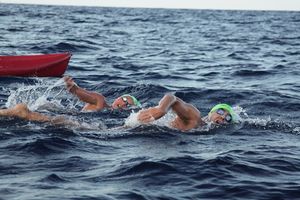 Little Cayman Island is an island that is part of the Cayman Islands. It is located in the Caribbean Sea, about 75 miles (120 km) northeast of Grand Cayman Island and five miles (8 km) west of Cayman Brac. Little Cayman has a permanent population of less than 170 and is about 10 miles (16 km) long with an average width of 1 mile (2 km).

The first recorded sighting of Little Cayman, along with Cayman Brac, was by Christopher Columbus in 1503 on his fourth and final voyage, when heavy winds forced his ship off course. At that time, he named the islands "Las Tortugas" for the many sea turtles found living there. The islands were later renamed "Las Caymanas" for the iguanas that were thought to be caimans living there.

Owen Island is a small islet just off the south coast of Little Cayman can be visited via sailboat or kayak. The islet does not have any human habitation, homes or buildings.

Little Cayman is accessible by air (via Cayman Airways) and water from both Cayman Brac and Grand Cayman. Little Cayman has two grocery stores, a few restaurants- mostly located at the resorts, Edward Bodden Airfield (the airport), a post office, a fire station, and one church.