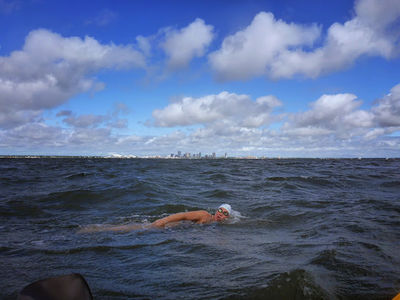 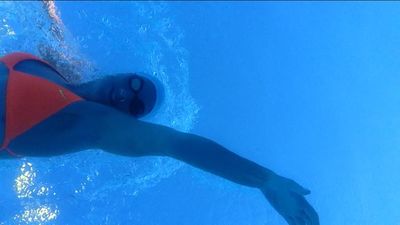 She has completed marathon swims including the first double crossing of the Assawoman Bay/St. Martins River channel from Ocean Pines to Ocean City, 6.7 miles in 2 hours, 55 minutes, the Swim Miami 10K, the Swim Charleston 12 Mile Swim, and Tri-Floyd's 8 Mile Swim. Hertz was the winner of the women's division of 2013 Swim Around Charleston and is the 2013 women's winner and current record holder of the Tri-Floyd 8 Mile. Hertz swam for Franklin and Marshall College between 2003 and 2007, competing in sprint freestyle and backstroke events. She was also the 2008 recipient of the Cynthia Earley Educational Foundation scholarship and competed in the Chesapeake 4.4 Mile Bay Swim (2008-2010) and the Tampa Bay Frogman Swim (2013, 2014). She finished second in the 2014 Tampa Bay Marathon Swim in 12 hours 46 minutes.

She also completed an unprecedented 23-mile Shadow Swim from Clearwater Beach to St. Pete Beach in Florida on 6 December 2014. 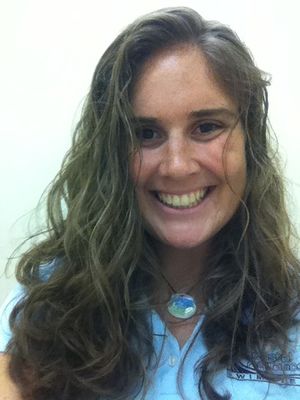 The Cynthia Earley Educational Foundation is directed by Brian Earley with a mission is to support student-athletes via scholarships. The Cynthia Earley Educational Foundation awards scholarships to students who are active in their communities, fundraising for the 1-mile or 4.4-mile Great Chesapeake Bay Swim that help pay for the student’s school, college, university or vocational training. Past recipients include: