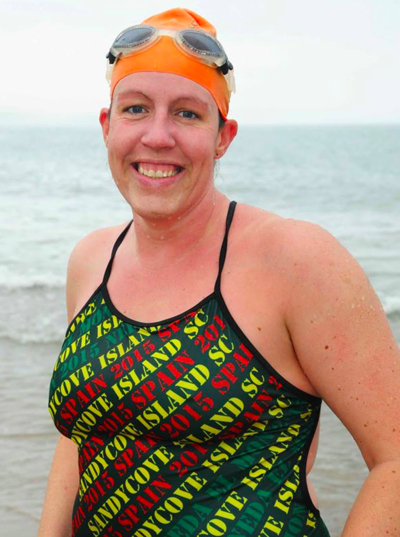 Sarah Cummins was onboard Cummin's escort boat with unique perspective of the accomplishment, "I was afforded a unique opportunity that will stay with me the rest of my life. She was amazing, kept the spirit up and was nothing but focused the whole swim. It was a pleasure to crew, she just put the head down and swam. She built up her open water swimming from nothing, just worked on endurance over 16 months."