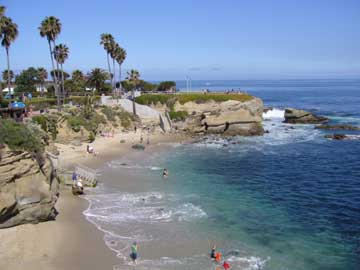 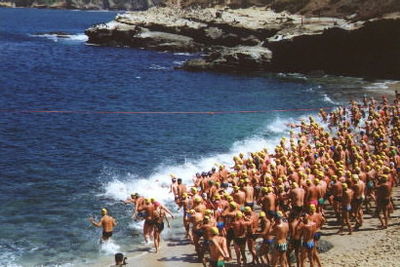 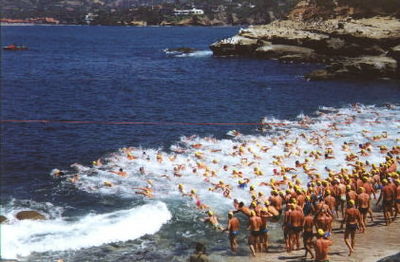 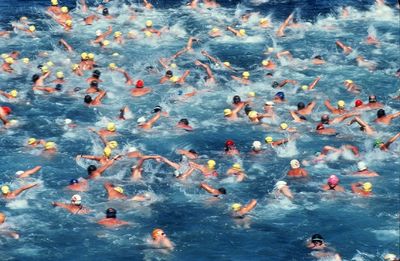 La Jolla Cove is a very small beach, tucked between adjacent sandstone cliffs in the city of La Jolla, north of San Diego, California, USA. Due to its extraordinary beauty, La Jolla Cove is one of the most photographed beaches in Southern California. It is within a short walk of the commercial area of the community of La Jolla and the site of the most popular open water swim in America, the La Jolla Rough Water Swim annually held in early September.

It is the home venue for the La Jolla Cove Swim Club, an active pod of ocean swimmers, triathletes, and multi-sport athletes.

A public restroom building with showers is at the Scripps Park beside La Jolla Cove.

From the south, take Interstate 5 north to La Jolla Parkway. Continue on as it becomes Torrey Pines Road. Follow Torrey Pines Road to the signalized intersection at Prospect Street and turn right. Watch for the signs and stay right on Coast Boulevard.

On-street parking can be difficult to find, particularly in summer. It is limited to three hours at a time on weekdays and unlimited on weekends, but check the signs for any restrictions. Paid parking is available in downtown La Jolla at several locations and is a short walk from the beach.

The 9:30's (also dubbed the "Aqua-nuts") are a pod of ocean swimmers who always gather at La Jolla Cove for a daily ocean swim 365 days per year.