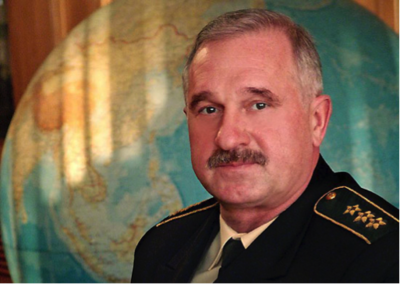 Admiral Sidenko is the commander of the Eastern Military District from 2010 to 2013. He is a Russian admiral and a recipient of Order of Military Merit and Order for Service to the Homeland in the Armed Forces of the USSR.

The Bering Strait Swim and its 121 swimmers and support crew received the 2013 World Open Water Swimming Performance of the Year award.