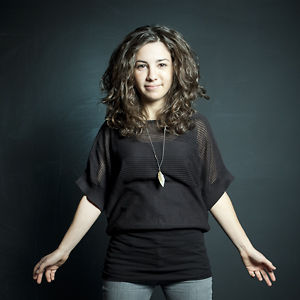 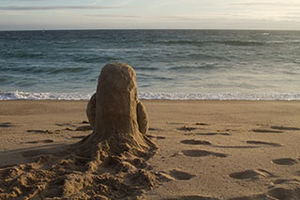 Bottle was created and produced by award-winning director Kirsten Lepore

Kirsten Lepore is a Los Angeles-based director and animator with an MFA from CalArts. She was recently featured as a rising talent in Shots Magazine, Animation Magazine, Focus Features, and named one of the 50 most creative people of 2011 by Creativity Magazine.

MTV, Yo Gabba Gabba, Newsweek, Whole Foods, Toyota, Facebook, Nickelodeon, Nestle, and Glamour Magazine. Lepore's work has been featured on TV, the web, and at various international film festivals. Besides her passion for animation, Kirsten is also obsessed with kimchi, kombucha, and other culinary wonders.

Lepore directed and produced the Best Animation film at the 2013 Beloit International Film Festival. The BIFFY animation was for Bottle, a 6-minute film animated on location at a beach, in snow and underwater. This stop-motion short details a transoceanic conversation between two characters via objects in a bottle. Other awards include the following: