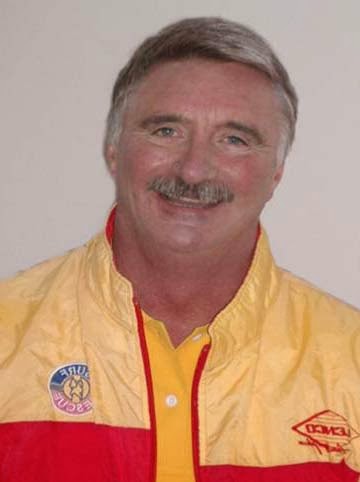 Kevin Moran, Ph.D. of New Zealand in the Principal Lecturer of Curriculum & Pedagogy at the University of Auckland. Moran was born in Wales and emigrated to New Zealand in 1974. He specializes in aquatics education and drowning prevention with WaterSafe Auckland Inc.

Dr Moran won the2014 Ireland Medal in recognition of his exceptional contribution to the saving of lives from drowning. He has displayed outstanding leadership and dedication to water safety and lifesaving involving his membership of International Life Saving’s Research and Information Committee; Co-chairing the International Task Force on Open Water Drowning Prevention; he was a founding member of both the New Zealand Drowning Prevention Council and WaterSafe Auckland. He has been a frontline surf lifeguard for almost 50 years, first patrolling on Caswell Bay and Llangennith in Wales and then on one of New Zealand’s rugged west coast beaches at Muriwai, near Auckland.

The Lifesaving Foundation’s Ireland Medal is awarded to an Irish person or organisation or to a person of Irish descent in recognition of an exceptional contribution to saving lives from drowning. Ireland Medal recipients include the following:

His publications include studies on toddler parent perceptions of CPR and drowning prevention, parental supervision of children at beaches, lifeguard CPR knowledge and beliefs, rock fisher water safety, defining swimming ability in the context of drowning prevention, and high risk behaviours among youth around water.