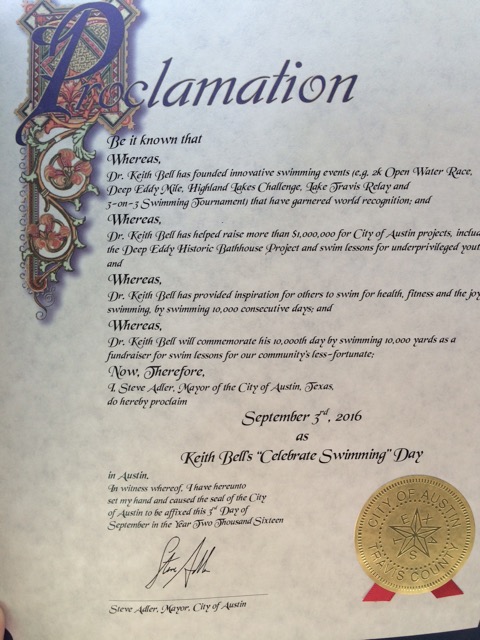 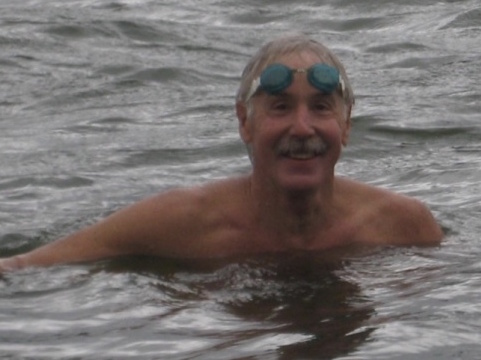 Dr. Keith Bell is a 68-year-old American pool and open water swimmer, coach, author, and sports psychologist from Austin, Texas who has swum every day for over 27 years (10,000+ consecutive days). Dr. Bell has been the Sports psychologist for U.S., Canadian, Australian, Hong Kong, Fiji, Cayman Islands and New Zealand Olympic and National Teams. He is married to 3-time Olympic gold medalist Sandy Neilson-Bell.

Dr. Bell is the world's first Swimming Psychologist and founder of the American Swimming Association. Dr. Bell is an internationally recognized expert on performance enhancement in swimming who has worked as a sports psychologist with over 400 teams and over 15,000 athletes worldwide.

What It Takes: The ABC's of Excelling[edit]

An excerpt by Dr. Keith Bell, "Excellence makes itself obsolete. It's always a little out of reach. You may brush it with your fingertips, but you can't quite grasp it; for when it is touched it moves ahead. Still, it looms before you: beckoning you, challenging you to come get it, luring you to live your life to the fullest."