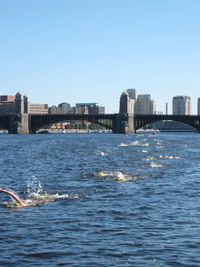 Greene is now the Foundations Manager with Ceres, Inc. where she cultivates foundation relationships and manage a portfolio of foundation grants. When not working or swimming she enjoys spending time outdoors with her husband, two sons, and their yellow Lab Jersey.