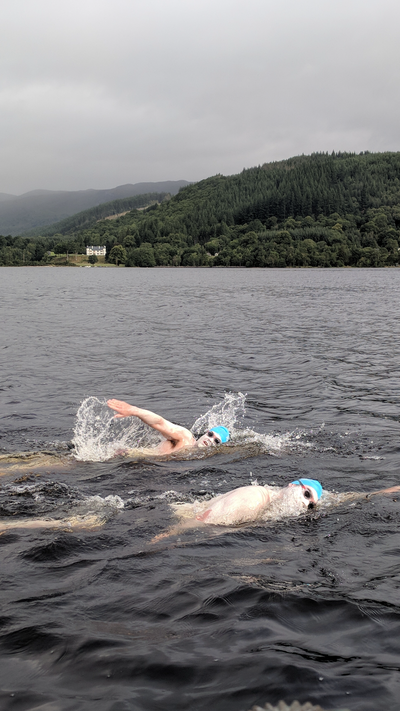 John Zemaitis is a 37-year-old American open water swimmer from Swim Neptune and Scottsdale, Arizona. He is the brother of fellow marathon swimmer Joe Zemaitis.

Joe and John Zemaitis were nominated for the 2020 WOWSA Awards in the World Open Water Swimming Man of the Year with the following nomination: Joe Zemaitis and John Zemaitis could not be more similar and more alike. In a year like no other, the two brothers from Arizona took to the seas, rivers and lakes from coast to coast during their off times. And swim they did, in warm and cold, tranquil and turbulent. Older brother Joe and younger brother John bring two totally different approaches to the sport: one is intense and diligent, the other is laidback and swims whenever. They both smile broadly and laugh frequently; they both enjoy adventures and love travel. They set a goal when both their work schedules allow and did 644 km worth of tandem swims in 2020. For their swims across Monterey Bay, Lake Tahoe, Santa Barbara Channel, twice around Manhattan Island, for Joe's 112 km solo Roosevelt Lake swim in 47 hours 23 minutes, and for the boundless joy and goodwill and appreciation they have for others and the sport, brothers Joe and John Zemaitis of the USA are worthy nominees for the 2020 World Open Water Swimming Man of the Year.