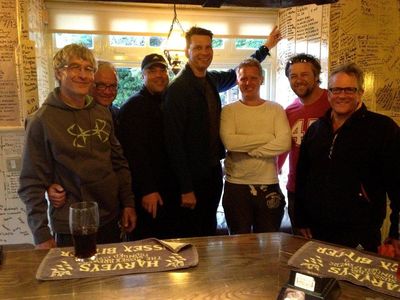 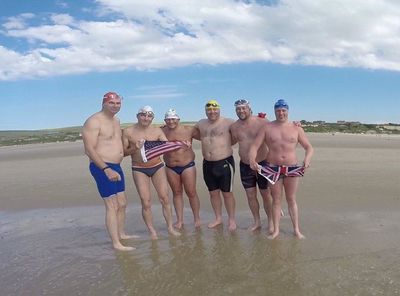 John Kulewicz is an American pool and open water swimmer and attorney from Columbus, Ohio.

Like the Allied Expeditionary Force (AEF) in 1944, the six-member relay team included John Boyd, retired U.S. Army Lieutenant Colonel working for NATO in Brussels, Joe Hall, a U.S. Air Force Colonel posted to NATO in Brussels, John Kulewicz, an American lawyer from Columbus, Ohio, James Penrose, an American lawyer working in London, Edward Williams, a British marathon swimmer, and Bryan Avery Alternate and British IT consultant. “There’s nothing we can do to match the bravery of those who crossed the Channel in June 1944, but we hope to help others remember their courage and sacrifice in this small way,” said team leader John Kulewicz. “The 70th anniversary of the crossing may be the last decennial occasion to enjoy the presence of those who made the 1944 crossing. We stand in awe and hope to honor them as we swim across these historic waters.”

Kulewicz is a member and team captain of Over There!, two relays of six French and American swimmers across the English Channel during the window of 22-29 June 2017 following the rules of the Channel Swimming and Piloting Federation. The following relay swimmers will escorted by English Channel pilots Michael Oram and Lance Oram on the Gallivant and Sea Satin.

Kulewicz has served numerous roles in his local community, including as board president of the Columbus Zoo, board president of Catholic Social Services, and as an officer of the Ohio Historical Society board. Kulewicz earned his undergraduate degree in history at The Ohio State University and is a graduate of Yale Law School.