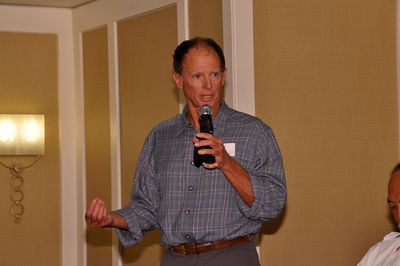 Joel Wilson is a 67-year-old American pool and open water swimming coach and governing body administrator from Santa Cruz, California, and former All-American swimmer at the University of California Berkeley.

Wilson coached Patti Bauernfeind on her crossing of Monterey Bay that is nominated for the 2014 World Open Water Swimming Performance of the Year.