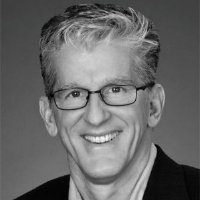 Jim Woodman is currently the CEO at Iconic Sports Technology and member of the Tech Coast Angels. He has been a highly successful and visionary entrepreneur for his adult life including founding Active.com and the Swim Miami open water swimming event.

As the Senior Vice President of Business Development at Weplay Inc., he helped created social interaction and enjoyment within youth sports communities via simple online utilities that complement existing technologies.

Woodman founded ActiveUSA in Miami, Florida in 1998 and as CEO, he raised an initial $5 million in venture capital and another $15.5 million during a 50/50 merger with San Diego-based Racegate.com in November 1999. The two companies became The Active Network and grew to profitability by 2003. He negotiated key partnerships and acquisitions that ensured the survival of The Active Network during the very trying years of 2000 and 2001. He also served on the Board of Directors for 7 years before resigning in December 2006 in order to pursue other entrepreneurial endeavors. Today Active employs over 3,000 and has offices all over the world.

From 1983 to 1986, Woodman directed numerous nationally recognized triathlons including the President's Triathlon in Dallas which became the largest participation triathlon in the world in 1984, 1985 and 1986. With over 2,000 volunteers, national television on both ESPN and ABC, the President's Triathlon attracted the best professional triathletes in the world to Dallas, Texas.

Woodman founded the Swim Miami annual multi-race open water swimming competition in Miami, Florida that includes a 800m, the Miami Mile, 5 km and 10 km races on Watson Island. The event, annually one of America's Top 50 Open Water Swims, is owned and operated by the H2O’s Foundation, a foundation dedicated to eradicating drowning in south Florida.

The original idea and concepts for Swim Miami came about due to a demand to bring open water swimming to the forefront of aquatic sports with inclusion in the Olympic Games.