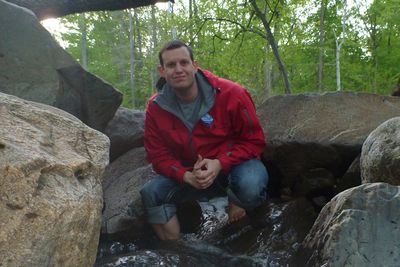 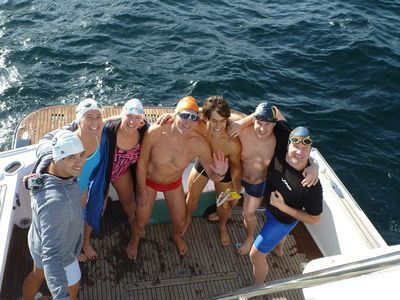 , born of Jean and Jeffrey Malick and the youngest of five boys of Wilmington, Delaware had an affinity for water from the very beginning as his parents always had a summer home along the banks of a river or bay. He is a member of the International Ice Swimming Association and works for Endless Pools. He is married to marathon swimmer Lisa Hertz.

Early on, until the age of 12, JC was advised by his parents that he was not able to take showers indoors and had to bathe in the Mullica River in Sweetwater, New Jersey (south central New Jersey) along with a bar of ivory soap and a bottle of Pert (both of which would float). This early indoctrination into water, although at first murky and iron clad, led to a passionate pursuit of swimming open water and being immersed whenever possible.

After selling their home in Sweetwater, Malick’s family purchased a house in Avalon, New Jersey (along the coast of the Jersey shore) and currently reside there bay side. JC is able to jump off the family’s back dock and train in a true “endless pool” with saltwater and marine life.

Aside from training in the back bays and Atlantic Ocean, JC works for Aston, Pennsylvania’s Endless Pools that makes the 'treadmill for swimmers' that produces a counter current to which athletes can swim against. Of working at Endless Pools, Malick stated, "It’s a great training aide and mimics open water swimming in the best freshwater, chlorinated way! Best of all, no flipturns required! I hope to introduce the product to the open water world as it is a phenomenal training tool to have in one’s arsenal!"

He competed in the inaugural Cold Water Challenge in Fairfield, Connecticut and the Tampa Bay Frogman Swim in Florida, and was the crew member of Lisa Hertz's second overall finish in the 24-mile Tampa Bay Marathon Swim on Earth Day 2014, and finished the 2014 Manhattan Island Marathon Swim in 10 hours 43 minutes on 12 July 2014.

He is also the founder and race director of C3, the Cape Circumnavigation Challenge, a 15.1-mile (24.3 km) marathon swim around Cape May, New Jersey.

He is the founder and co-race director of the 7 km Coquina Key Invitational Swim in St. Petersburg, Florida along with Lisa Hertz.