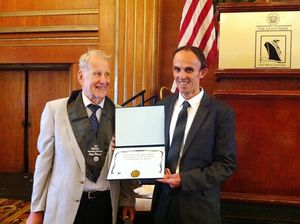 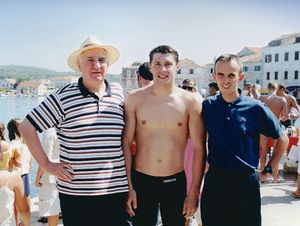 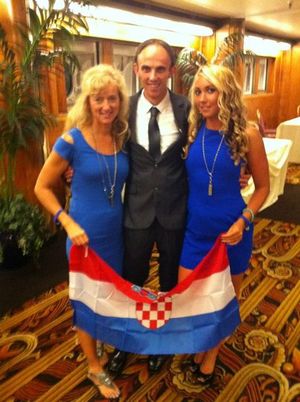 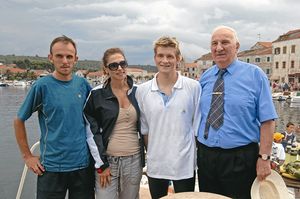 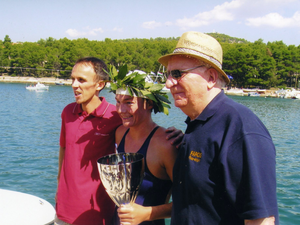 Janez Maroevic (born 9 December 1972 in Split) of Stari Grad, Hvar Island, Croatia was the General Secretary and organizer of the Faros Maratón and General Secretary of the Croatian Long Distance Swimming Federation for 25 years. He is a young, passionate open water swimming event organizer and was named one of the 101 Movers And Shakers In The Open Water Swimming World by the Daily News of Open Water Swimming.

From 1990 to 1996 he was a Secretary of the organization. From 1997 to 2015 he has served as the General Secretary, the most important role in the organization of the Faros Maratón, one of the world's most prestigious open water swimming events and an Honour Organisation of the International Marathon Swimming Hall of Fame.

2001, along Vicko Šoljan, Maroevic was the founder of the Croatian Long Distance Swimming Federation. He has served as its General Secretary from 2001 to 2015. He was also a member of the Assembly and the Executive Board of the Federation from 2001 to 2015. Additionally, he has contributed significantly to the establishment and organization of numerous open water swimming events in the Republic of Croatia, especially the CRO-CUP, and the development and promotion of this sport.

As General Secretary of the Federation, for many years Maroevic was an important part of the Team of Karla Šitić who finished 12th at the Olympic 10K Marathon Swim at the 2012 London Olympics.

He was one of the editors of the gala monograph World's Faros Maratón issued in August 2012 and a longtime reporter for all Croatian media about the events of the Croatian and world open water swimming.

Maroevic participated in the 2012 Global Open Water Swimming Conference and the 2012 International Marathon Swimming Hall of Fame Induction Ceremony in Long Beach, California on 21–22 September and accepted the Honour Organisation award on behalf of the Faros Maratón and the Croatian Long Distance Swimming Federation.

2014, he started with a new project and founded the Faros Challenge, solo/relay swim across the Stari Grad Bay, which is current Director.

In December 2020 he founded the Sports Association Faros Sport of which is current President.

From 1st January 2021 Maroevic is the Event Director of the Oceanman Croatia which is a part of the Oceanman World Championships - the largest and the most popular global international open water swimming circuit.

2004, Croatian National Television filmed the movie Marathoner that was written and directed by Petar Krelja, about the life and career of Maroevic focusing on his passion and enthusiasm that is embodied in the Faros Maratón and founding of the Croatian Long Distance Swimming Federation.

For his sports achievements and long-time work in the open water swimming community, he received numerous awards from Croatia and the world.

Marathon is his philosophy of life and his life motto is: Life is not a sprint, it is a Marathon!

Maroevic was one of the best marathon runners of all time in the Republic of Croatia; six-times National champion in marathon running (42.195 m), winner of 26 medals at National Championships in different disciplines (from 5K to the marathon) and more of 130 races in Croatia and abroad, including Fort Lauderdale Marathon 2014 and 10K in Abu Dhabi 2015, and many times Croatian national team member.