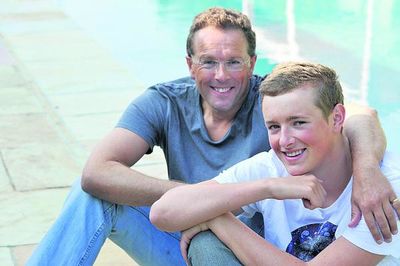 James Salter is a British channel swimmer and the Company Director and Executive Producer of Marathon Films. He is also a founding Partner at Polar Capital, a Fund Management company based in London. He has over 25 years experience in the Far East.

His interests outside finance include open water swimming and he has swum the English Channel (16 hours) and the Strait of Gibraltar (twice). He and his wife run a charitable foundation which has supported a wide variety of causes. Apart from film his other interests include Modern British Art, particularly 1950's abstract art and he is a Trustee of The Butterfly Trust and The Luke Jeffrey Trust. He graduated in Classics and Anthropology and studied for a postgraduate degree at The School of Oriental Studies.

In addition to his English Channel crossing, he also has plans to swim across the Catalina Channel and the Cook Strait. All 3 channels are part of the Oceans Seven.

Marathon Films was established in 2013 by James Salter, Justin Hardy, and John Toba with producers Jack Fishburn and Muireann Price. The company aim to make films which tell the stories of unsung British heroes. Marathon Films have just completed its first feature film 'The Greatest Englishman' starring Warren Brown, Steve Oram and Georgia Maguire. The film is set to be released in 2014.

The Greatest Englishman tells the story of Captain Matthew Webb, the first person to successfully swim the English Channel in 1875 equipped only with his moustache, doses of Brandy and a wire wool swimsuit.