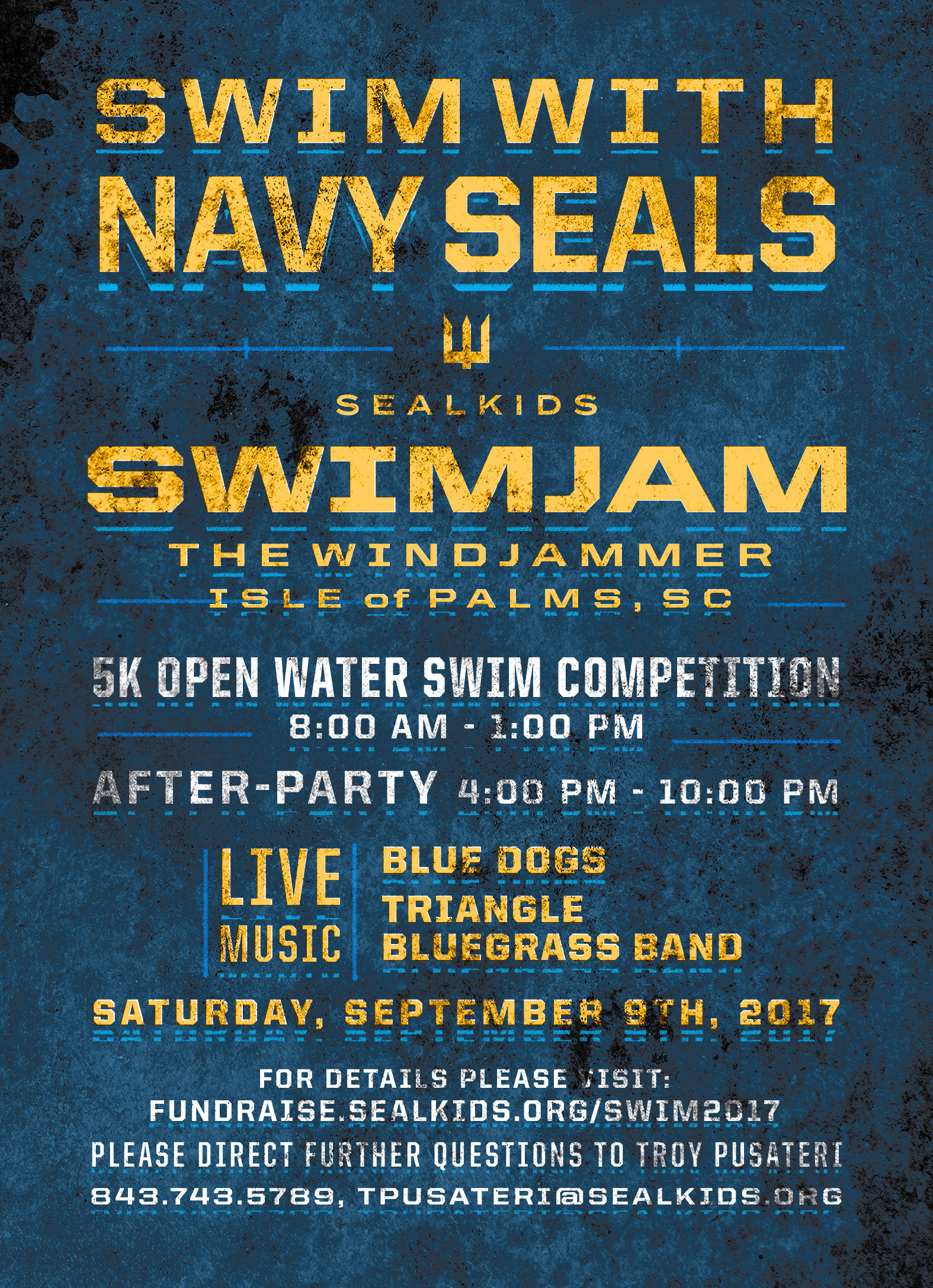 The SEALKIDS SwimJam is an open water swim on the Isle of Palms, South Carolina

Isle of Palms is located along the Atlantic Ocean, 15 miles (24 km) by road east of downtown Charleston.