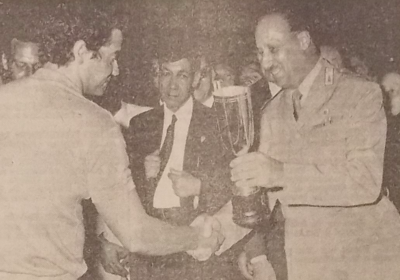 General Zorkani, an Honour Administrator in the International Marathon Swimming Hall of Fame and the Honorary Secretary of the International Long Distance Swimming Federation, awarding the winner of the 36 km Maratona del Golfo Capri-Napoli in Italy in the 1950s