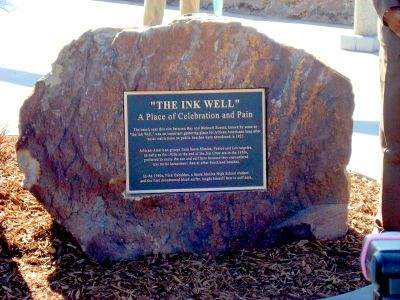 The Ink Well is a 60m roped off stretch of a segregated beach which was part of Santa Monica State Beach in Southern California. This area of beachfront was informally referred to by names such as Ink Well Beach or Negro Beach.

In 1924, after the forced closure of black owned and operated Bruce's Beach and due to de facto segregation, the Ink Well beachfront near Bay Street and Ocean Boulevard became the only place in Southern California where racial minorities were freely allowed to use without harassment or violence.