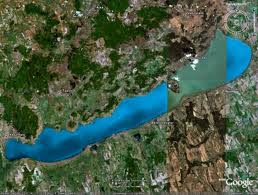 Lake Balaton, known as the Hungarian Sea, from Google Earth 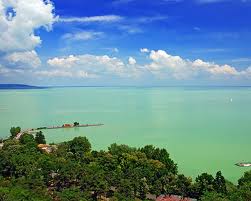 The "Hungarian Sea" is Lake Balaton, a freshwater lake in the Transdanubian region of Hungary. It is the largest lake in Central Europe and one of its foremost tourist destinations. The Zala River provides the largest inflow of water to the lake, and the canalized Sió is the only outflow.

The Hungarian Sea is the venue of the Balaton Átúszás, a popular 5.2K cross-lake swimming competition starts at Révfülöp port and finishes at Platan beach in Balatonboglár and will be site of the open water swimming competitions of the 2021 FINA World Championships.