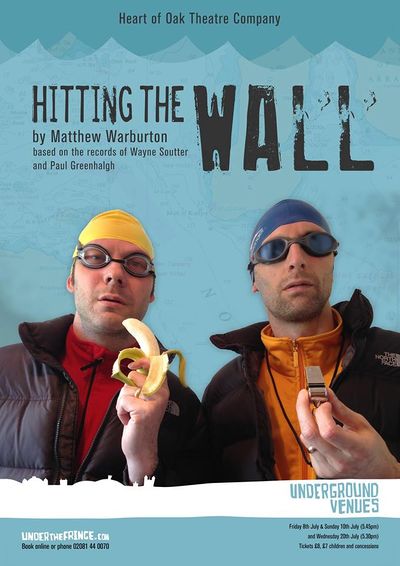 This is a true story. In 2012, Wayne Soutter, a middle-aged father of two, attempted to swim the as-yet unconquered sea-channel between the Mull-of-Kintyre and Ireland. Cold seas. Strong winds. Treacherous tides and 50-foot jellyfish. What could possibly go right? Hitting the Wall is a theatrical recreation of that extraordinary endeavour. The route has been described as the most dangerous endurance swim in British waters, and had never been successfully completed. Wayne, previously one of the slowest people to swim the English channel, decided he would be the first person to conquer it.