Henry F. Sullivan is an inductee in the International Marathon Swimming Hall of Fame 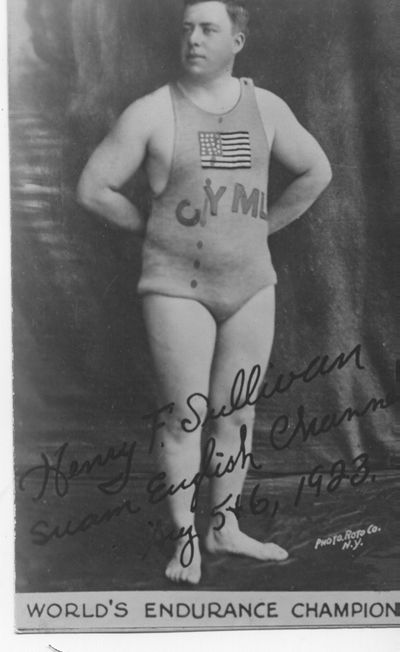 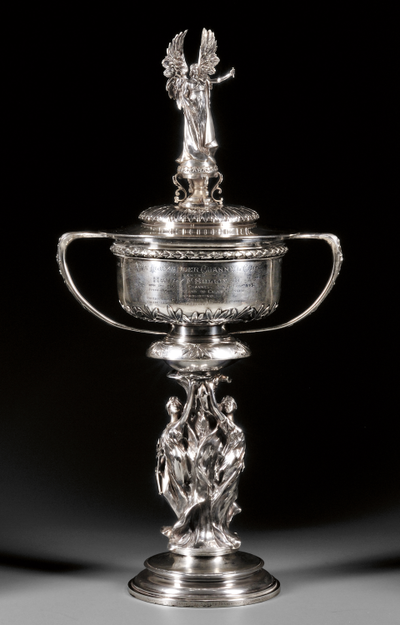 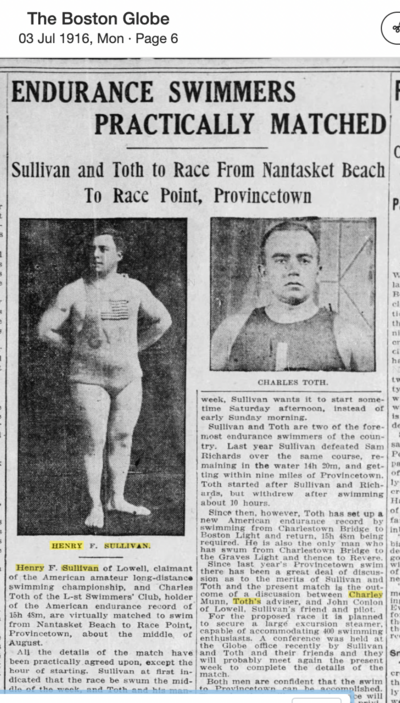 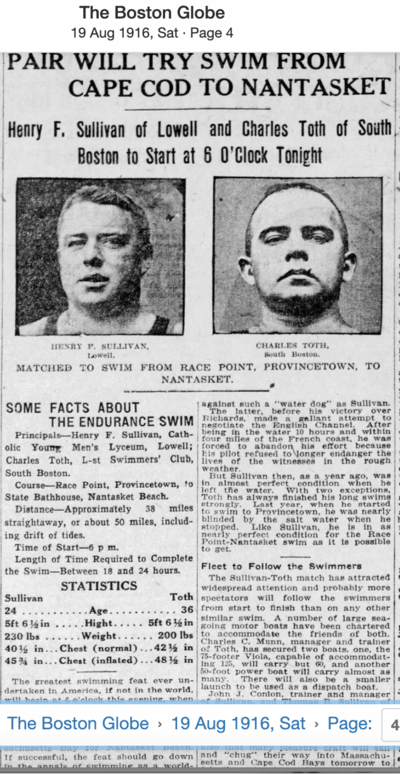 Henry F. Sullivan was an American open water swimmer who was inducted in the International Marathon Swimming Hall of Fame as an Honor Swimmer in 1968.

Introduction by the Skinner Auctioneers & Appraisers

A celebrated endurance swimmer in the early years of the 20th century, Henry F. Sullivan was the first American to swim across the English Channel, and the third overall. During the course of this historic swim, Sullivan broke the world swimming endurance record, along with the world breast stroke record. Discussing a film chronicling Sullivan's Channel crossing, the London Daily Sketch on October 3, 1923, stated, "The film of Henry F. Sullivan's swim is the most interesting film we have ever seen, showing all details of this plucky American in "THE GREATEST FEAT OF ENDURANCE OF ALL TIME," swimming from England to France in 26 hours and 50 minutes, in a sea almost unfit for boats." It was Sullivan's seventh attempt. After the swim, Sullivan met the Prince of Wales, and toured Britain, then returned home where he triumphantly traveled the United States as a sporting hero for four years.

Sullivan did not confine his feats to Europe. His accomplishments include an attempt from Nantasket Beach across the Massachusetts Bay (dubbed as the American Channel to Provincetown (a pioneer of the P2P Swim), from Middle Ground Light, New York across the Long Island Sound to Bridgeport, Connecticut, and the Catalina Channel and Golden Gate in San Francisco, and also defending his numerous titles of aquatic achievements.

He was a member of the Board of Governors of the International Professional Swimmers Association founded in New York City in 1927.