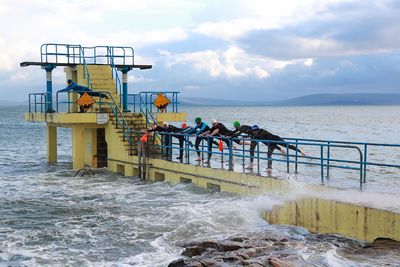 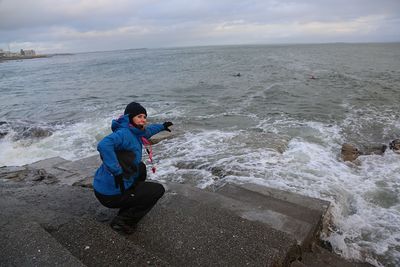 Galway Bay (Irish: Loch Lurgan or Cuan na Gaillimhe) is a large bay (or sea lough) on the west coast of Ireland, between County Galway in the province of Connacht to the north and the Burren in County Clare in the province of Munster to the south. Galway city is located on the northeast side of the bay. It is about 50 kilometers (31 miles) long and from 10 kilometers (6.2 miles) to 30 kilometers (19 miles) in breadth.

It is site of many epic swims.

The most popular is the 10/10.5 km cross the bay swim (often described at 13/13.5 km). The original event was Galway Bay Swim - Salthill Festival which ran from 1984 to 1988. The more recent Frances Thornton Memorial Galway Bay Swim dates from 2006. Others solo swims across this course, and others, are described in Galway Bay Solo Swims.

Other Galway Bay swims are described in Inisheer - Doolin Swims.