Fran Crippen is an inductee (Honor Swimmer in the International Marathon Swimming Hall of Fame, Class of 2011 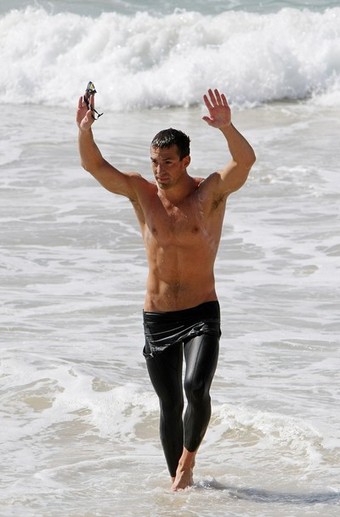 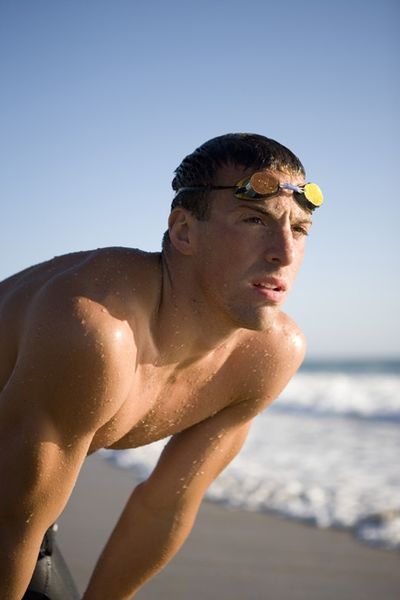 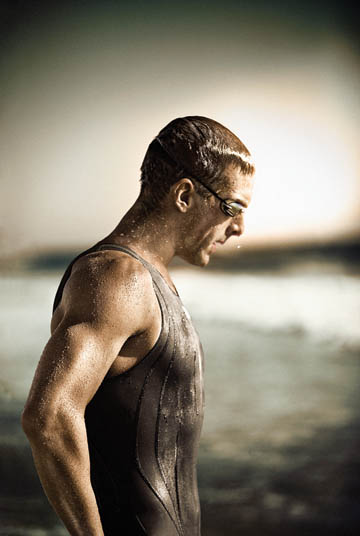 Francis Crippen (17 April 1984 - 23 October 2010) was an open water swimmer who was inducted as an Honor Swimmer in the International Marathon Swimming Hall of Fame in 2011. He was a gentlemen, a hero and an inspiration. Crippen leaves behind a legacy; not only as a world-class athlete, but as someone you would be proud to have as a son, brother, teammate and friend. He was always there for his very close-knit family. He was always lending an ear and hand to friends. He was always there for his teammates and he always had time for fans and younger swimmers.

Crippen swam for the University of Virginia, where he was an 11-time All-American and two-time Atlantic Coast Conference (ACC) swimmer of the year. He earned a bronze medal as a member of USA Swimming at the 2001 Goodwill Games in Brisbane, Australia. At the 2003 Pan American Games, in Santo Domingo, Dominican Republic, he won two individual silver medals in the 400 and 1500m freestyle. Crippen represented the United States at the Pan Pacific Swimming Championships in 2006, where he earned a silver medal in the 10 km open water swim. From 2006 to 2008 Crippen represented the Mission Viejo Nadadores in California and swam for coach Bill Rose. In 2007, he earned a gold medal in the 10 km distance event at the Pan American Games in Rio de Janeiro, Brazil. Two years later, Crippen won a bronze medal in the 10 km open water race at the 2009 World Aquatics Championships. A year later, Crippen again won silver in the 10 km at the 2010 Pan Pacific Swimming Championships in Irvine, California. He was a six-time US National Champion. He won two national titles in the 800m freestyle, two in the 5 km open water, and two in the 10 km open water event. He represented Germantown Academy Aquatic Club in Fort Washington, PA. He also represented TYR Sport, Inc.

Crippen was born in Bryn Mawr, Pennsylvania in 1984, the son of Pete and Pat Crippen. He is a 2002 graduate of Germantown Academy in Fort Washington, Pennsylvania. Fran graduated from the University of Virginia in 2006 where he majored in sociology.

Fran started swimming at the age of six because of his sister, Maddy Crippen. He had three sisters who are competitive swimmers. His sister Maddy was a 2000 Olympian in the 400 individual medley and swam for Villanova University. His sister Claire is a national finalist, an NCAA All-America and currently swims for the University of Virginia. His third sister Teresa Crippen is a Pan American Games Champion in the 200 meter backstroke and U.S. national team member.

Crippen died while swimming the last race of the FINA 10KM Marathon Swimming World Cup in Fujairah in the United Arab Emirates; after having won the penultimate race in Cancun, Mexico the weekend before. Hiss absence at the finish was reportedly first noticed by fellow American swimmer Alex Meyer. Presumably after searching for Crippen and not finding him, Meyer and other swimmers returned to the water to try to locate him. Two hours after the finish of the men's race, and after 90 minutes of searching by other swimmers, Fran's body was found underwater by deep-sea divers near the race course's final buoy about 500 yards from shore. Fran was rushed to the local hospital, where he was pronounced dead, though it was suspected he died at the scene. Winner Thomas Lurz and other swimmers cited the water as being overly warm during the race—and several other swimmers experienced heat-related symptoms upon completing the race, including two Americans and one Brazilian who were briefly hospitalized.

FINA president Dr. Julio Maglione said it was the first death in any FINA event and an investigation was opened. FINA released a report on his death.