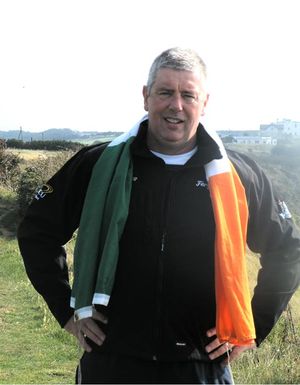 Fergal Somerville (born 1963) is an open water swimmer and an observer from Dublin, Ireland.