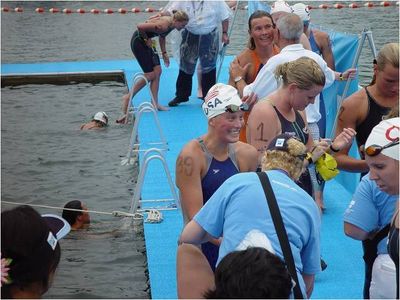 The swimmers expect the unexpected after the race director told them of the winds and rain that will hit the shoreline tomorrow.

Example of Expect The Unexpected