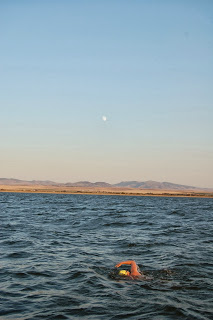 She organizes and competed in the 2016 Flathead Lake Swim Series, a charity event for the Enduring Waves Foundation.