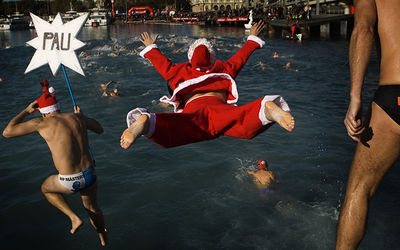 Photo by Emilio Morenatti of the Copa Nadal

Morenatti was badly injured in Afghanistan while on assignment with The Associated Press in 2009. His left foot was amputated as a result. He was fitted with a prothesis and underwent rehabilitation (see below) at the Kernan Orthopaedics and Rehabilitation Hospital in Baltimore and was later transferred to the Walter Reed Army Medical Center in Washington.

Morenatti began his career in Spain covering both national and international events. In 2003, he traveled to Afghanistan as a correspondent to cover the war and the fall of the Taliban for the Associated Press. He was sent to the Middle East to cover the conflict for the AP in 2005. In 2006, while covering the conflict in Gaza City, he was kidnapped by gunmen before being released unharmed a day later. He was based in Pakistan and currently is based in Spain.