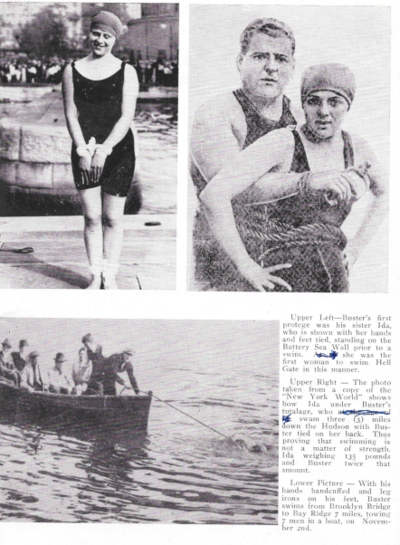 Henry and Ida Elionsky in the early 20th century 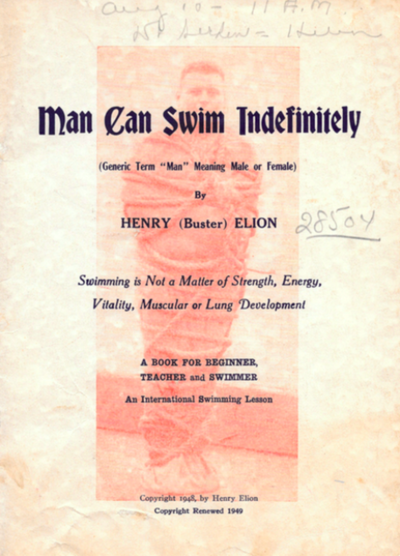 A book about swimming by Henry Elion, published in 1948

Henry Elionsky (12 April 1893 - 14 March 1956), also known as Buster Elionsky, Harry Elionsky, Henry Elion and the Human Iceberg, was an American handicap swimmer because he did a variety of marathon swims with his hands and feet tied in the open water.

His family migrated to the United States in the 19th century from Riga, on the Baltic seacoast of Livonia. His siblings were Ida, Morris and John, and the family eventually shortened their surname to Elion, or Eliott.