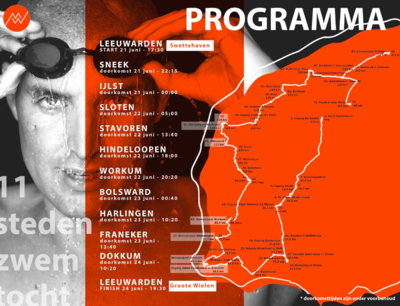 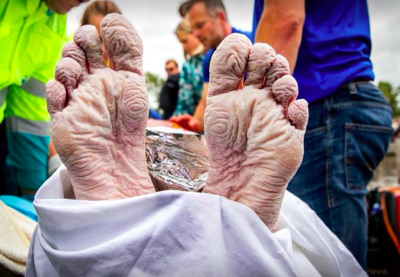 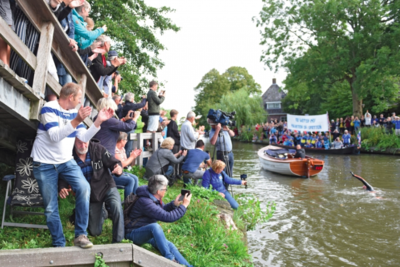 2008 Olympic 10 km marathon swim champion Maarten van der Weijden raised over 6 million euros as he attempted to a charity swim along the 195 km Elfstedentocht course where he swam 63 km in 55 hours to benefit the Dutch Cancer Society (KWF) (the Elfstedentocht Swim or the Eleven Cities Swim) in 2018 and 2019.

Maarten van der Weijden followed the Elfstedentocht course (English: Eleven cities tour), a famed long-distance tour skating event, almost 200 km long, which is held both as a speed skating competition (with 300 contestants) and a leisure tour (with 16,000 skaters). It is held in the province of Friesland in the north of the Netherlands, leading past all 11 historical cities of the province. The tour is held at most once a year, only when the natural ice along the entire course is at least 15 cm thick; sometimes on consecutive years, other times with gaps that may exceed 20 years. When the ice is suitable, the tour is announced and starts within 48 hours.