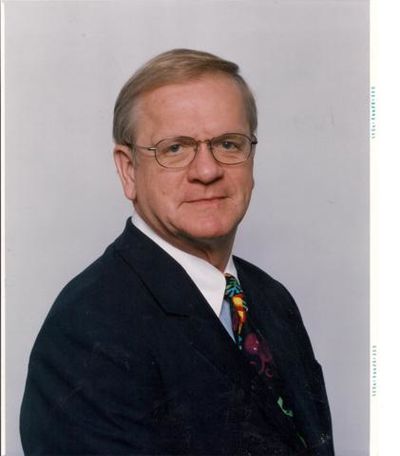 Charles Edward Pemberton is the Founder & Head Instructor of Adventure Swim in Tennessee.

Pemberton has a Masters Degree from the University of Kentucky specializing in Exercise Physiology and Sports Medicine. He also pursued a Doctorate at the University of Iowa in Mechanical Analysis of Motion (human motion in water). A certified teacher at Farragut Middle School for 13 years, he teaches over 1,500 children, babies and adults each year.

While attending Holmes High School in Covington, Kentucky he lettered in Swimming and Football and was in the Leaders Club at the local YMCA where he excelled and taught gymnastics and swimming. He became a counselor at the Blue Ridge YMCA Leaders School and was the Master Counselor in the Order of Crusades and the President of the Covington Chapter of The Order of DeMolay.

Upon graduation and completing the ROTC program, he was commissioned as a Second Lieutenant in the US Army where he served two years. After training at Fort Benning, Georgia, he went to Fort Hood, Texas where he served in the First Armored Division as Basic Training cadre working with new recruits. Then he received orders to join the First Infantry Division in Vietnam where he served as a combat Lieutenant in the 1/28 Infantry Battalion. During this assignment he was awarded The Combat Infantry Badge, The Bronze Star Medal, and an Army Commendation Medal with "V" for heroism.

Returning from Vietnam he accepted a position teaching Health and Physical Education at Alice Lloyd College in Pippa Passes, Kentucky (Knott County-in the Appalachian area of Eastern Kentucky). In this position he coached the college Soccer Team and was the assistant Basketball Coach. He was a member of the Speakers Bureau, a group who presented talks to many functions throughout the area.

Next, he attended The University of Kentucky and earned a Master of Science Degree with emphasis in Sports medicine and Exercise Physiology. At the University, he founded and directed the Faculty Children Swim School at the university natatorium. In research, he assisted Ernst Jokl, M.D. in body composition studies with underwater weighing/body composition as well as exercise to develop cardiac results. He was inducted into the Phi Delta Kappa Honorary Education Society for Academic Excellence and also inducted into the Phi Epsilon Kappa Fraternity, a fraternity for Excellence in Physical Education Studies. He became certified as an American Red Cross Water Safety Instructor Trainer and served on the faculty at The Red Cross National Aquatic School in Camp Blue Star, North Carolina.

Immediately next he began a Ph.D. program, studying Mechanical Analysis of Sport Motion and Exercise Physiology at the University of Iowa. He assisted in exercise/bone density research, exercise/blood flow research, mechanical analysis of swimming research, and completed a complete human body dissection with the medical students. This quest was interrupted before completion to accept the position of Aquatics Director at the University of North Carolina at Charlotte.

He accepted a position in the Chicago area as the Advertising Manager and Mid Atlantic District Sales Manager for The Dacor Corporation, one of the world’s largest manufacturers of Scuba equipment. Here he wrote and supervised the 52-page catalog, wrote a sales promotion manual for dealers and was instrumental in designing and obtaining a patent for a new diving product for Dacor. Additionally, he taught SCUBA Diving and hosted dive trips locally and internationally. He assisted in the publication THE SKIN AND SCUBA DIVING HANDBOOK published by Digest Books as well as a children’s book, SCUBA DIVING AND SNORKELING, published by Crestwood House. Ed served as an American Red Cross Water Safety Instructor Trainer and served as a volunteer Assistant Director for a handicapped swim program in Evanston, Illinois. Gaining further business experience he joined the 3M Company, Industrial Graphics Division and moved to Bloomington, Illinois. There he also served as a consultant in swimming and taught SCUBA while hosting dive trips and training local and internationally.

Pemberton joined the faculty of The University of Tennessee - Knoxville in 1978 as the Director of Hydro Help - Handicapped Swim Program, where he trained students how to teach disabled children and adults to swim. There were over 200 participants in the program. Additionally, he was teaching all levels of classes as a Red Cross Water Safety Instructor Trainer and as a Red Cross Adapted Aquatics Instructor Trainer. At UT, he established the Non-Credit Children's and Adults swim programs and conducted them for 7 years teaching hundreds of children, and adults how to swim and swim well and introduced hundreds of babies and parents to water parenting techniques.

After UT he taught in the Clinton City School System where he taught swimming to all children in grades 3, 4, 5, and 6 during the whole school year as a physical education class, once each week. Also, at this time he opened Adventure Swim, Scuba and Travel, a full time retail 5 Star PADI Instructor Development Center. It turned into one of the top scuba stores in the state. He certified thousands of Open Water and Advanced Divers over the next 15 years. Ed became certified as a PADI Course Director Instructor teaching classes in Knoxville, Nashville, and in Bermuda.

During these years he served on the PADI Master Instructor Review Committee that totally remade SCUBA instruction practices and coordinated a regulation as to what was to be taught and when it would be taught in the Modular System. This System, with some modification, is the most widely used system of SCUBA training in the world. He served as the District Course Director for District #10 (State of Tennessee) and currently is the only person in the State of Tennessee certified to teach instructors for PADI.

Leaving the Clinton Schools after 7 years he accepted a position teaching Health at the Farragut Middle School where he stayed for 13 years, while at the same time developing the Adventure Swim School, teaching swimming extensively after school and in the summers. He continued teaching SCUBA and developing the FAST AND FUN SWIM SYSTEM. He saw needs and developed products to fill those needs. Traveling extensively to destinations including Toulouse, France; Buanes Aires, Argentina; Rio d January, Brazil; St Petersburg, Russia; Hong Kong, China; Bangkok, Thailand; Kula Lumpur, Malaysia; Singapore; Bali, Indonesia; Chalybinsk, Russia; Monterrey, Mexico and more he sought answers to solve problems and to share his techniques with others. He has 3 patents applied for and 6 more in process as the successful results of his program are confirmed.

Recent lectures include - Nashville, TN - National Swim School Association 1994 - Swim Techniques Monterrey Mexico - National Swim School Association 1994 - The Fast and Fun Swim System - 1996 Honolulu, Hawaii - 2003 - Science and Techniques for Educating Babies in the Water. Portland, Oregon - 2006 - How and Why of Teaching Babies to Swim. Currently, he teaches and manages the swim school on a full time basis and is writing a book titled POSITIVE PARENTING THRU WATER INSTRUCTION.