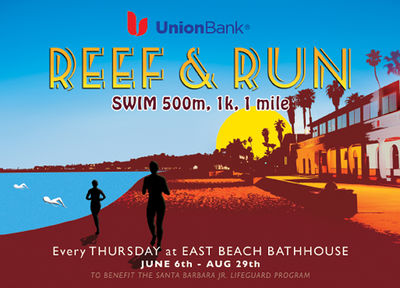 East Beach is a beautiful, long, sandy beach in Santa Barbara, California that is bordered by a grassy, tree-lined park. It offers a full beach house, snack bar, volleyball courts, play area for children, and a bike/rollerblading bath. East Beach is in front of some of the largest hotels in Santa Barbara so it is the Santa Barbara default beach.

East Beach and Leadbetter Beach are also sites of the Santa Barbara Open Water Swim Camp hosted by Olympian Mark Warkentin. It is also site of Thursday evening Reef and Run series from 4 June to 27 August 2015.