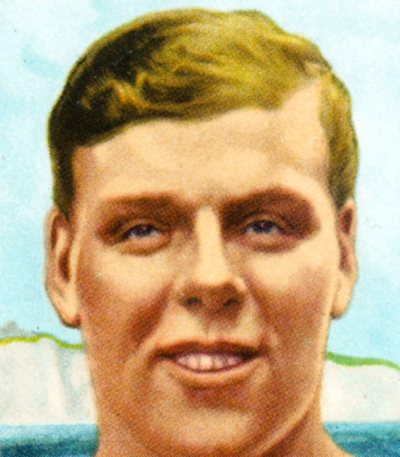 E.H.Temme circa 1936, the first person to swim the English Channel and represented England in water polo in the 1928 Olympic Games

Edward Temme or E. H. Temme (born 16 September 1904 in Plaistow, Greater London, Great Britain and died 26 June 1977 at the age of 72 in Padova, Italy) was a London insurance clerk who played water polo for the Plaistow United Swimming Club in Plaistow Great Britain and was the first man to complete a crossing of the English Channel both ways.

He played water polo for Great Britain in the 1928 Amsterdam Olympic Games and the 1936 Berlin Olympic Games.

King of the Channel®

The King of the Channel® is a title is bestowed on the man who has successfully completed more swims of the English Channel than any other. The title as well the accompanied Letona Trophy is awarded by the Channel Swimming Association. Its female equivalent is the Queen of the Channel®.