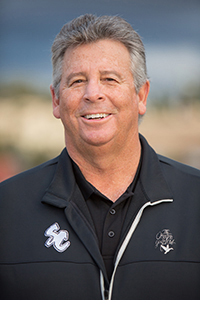 Douglas A. Green is a masters swimming coach

Green began competitive swimming in the mid 60’s at the age of six. He was a nationally ranked age group swimmer until he started playing other sports in junior and senior high school. He returned to swimming while in junior college, where I achieved multiple Junior College All-American rankings at Long Beach City College; Long Beach, California.

After a 26 year break, Green began masters swimming and competition in 1999. Within two years, he’d achieved multiple USMS rankings and attained one USMS All-American and one FINA World's Fastest ranking in 2000 in the Men’s 45-49 age group, 200 meter freestyle. He also achieved many other top ten rankings within USMS and FINA Masters Swimming through 2004.

Several major injuries and resulting surgeries ended his competitive swimming career that led him to embrace the sport he passionately loves by coaching.