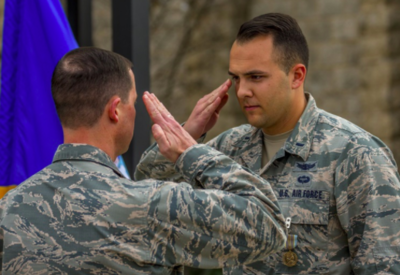 Dominic Vicino is a 24-year-old Air Force Academy graduate and American club and collegiate water polo player from Rancho Cucamonga, California. He serves as a First Lieutenant and a weapons and tactics specialist is currently assigned to the Eglin Air Force Base in Florida.

He won the Airman’s Medal in Florida for his rescue of three people in Miramar Beach, Florida on 31 March 2017. The Airman’s Medal is the United States Air Force’s highest non-combat award for Airmen who distinguish themselves by a heroic act.