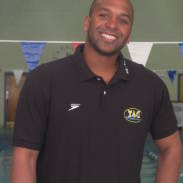 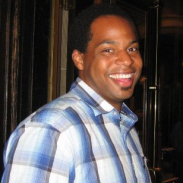 Diversity in Aquatics Program is a professional network founded by Shaun Anderson and Jayson Jackson.

Diversity in Aquatics, Inc. is a 501(c)(3) non-profit organization whose goal is to decrease the rate of drowning worldwide by helping to create, promote and support programs in the US and abroad. It also serves as a forum for interaction, communication, and news to help promote diversity within the aquatic community and curve drowning disparities. It is sponsoring and organizing International Water Safety Day.

Anderson was a Sport Diversity Consultant with USA Swimming following a very successful coaching career that included assistant coaching positions at Old Dominion University and the Tidewater Aquatics Club. He has also coached for the Greater Johnstown Dolphins in Johnstown, Pennsylvania and Booker T. Washington in Norfolk, Virginia. As one of the founders of a non-profit, Diversity in Aquatics, and a faculty member in the department of Health & Physical Education at Norfolk State University, Anderson has championed numerous aquatic programs, swim lessons, water safety seminars, research projects, camps and clinics throughout the country as well as abroad. During his undergraduate studies at Penn State University, Anderson was a four-year member of the swim team and three-year member of the track team. He was also a member of Penn State's first Swimming & Diving Big Ten Championship Team. After attaining his B.S in Kinesiology from Penn State University, Anderson continued his education at California State University, Long Beach where he received his MBA in finance.