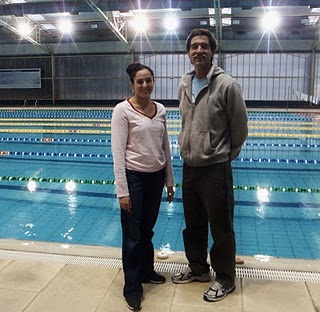 Geijo is the dominant ultra-marathon swimmer on the FINA Open Water Swimming Grand Prix circuit who is very skillfully supported by her coach Tricárico. "He knows me. He knows what I want and I need."

"I always want to give her the truth. She needs to know exactly what is happening during the race and on the water," Tricárico explained in response. He rarely sits down during her races and is always vigilant. He watches her rivals and the dynamic conditions out on the water. He frequently gives hand signals and writes succinct messages on a white board.