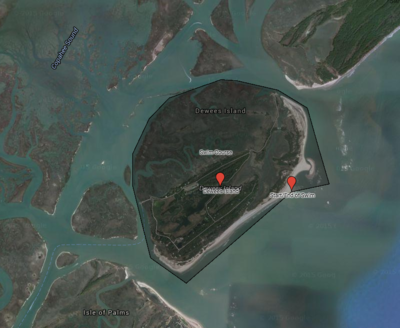 Dewees Island is a barrier island about 11 miles north of Charleston, South Carolina. The island is private and accessible only by ferry or private boat.

Before 1898 land ownership on Dewees Island was complicated by wars, legal disputes and uncertainty. In 1898 John Murphy, a Charleston contractor and alderman, purchased land on the island and became the single owner. On the island Murphy grew artichokes, cane for chairs and raised pigs. Contracted workers harvested oysters and clams. Murphy owned a steamship, Undine, which he used to visit the island. In the 1970s a few vacation homes were built on the island. In 1991 Knott, a developer teamed with the Royalls, R. Kennedy IV and others to form an investment group aimed at developing and preserving the island.