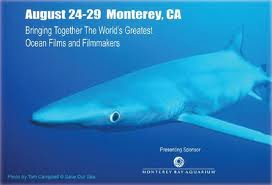 Debbie Kinder is the CEO & Executive Director of the BLUE Ocean Film Festival & Conservation Summit in Monterey, California, U.S.A. She is also the Co-Founder & Chairman of the Board at Make A Difference Media. She was formerly the International Advisor at Dominican Republic Environmental Film Festival and the Founder & President at Bigworld Productions.

Kinder's career in business development and the medical field introduced her to the documentary business, where her first project was chronicling the humanitarian work of Para Todos Los Ninos as they supplied medical aid to hospitals and orphanages in Central America. She later founded Bigworld Productions, and independent film company that tackles topics in the healthcare, humanitarian and wildlife realms in award-winning documentaries.

Her academic background in psychology, biology and pharmacology provides an insightful perspective for non-fiction media production. Fueled by a desire to use the power of media to give a voice to tough subjects that may otherwise be overlooked she founded the Make a Difference Media, a non-profit organization with the mission to use media for the greater good. Debbie currently serves on the Board of Directors of Para Todos Los Ninos, and has volunteered countless hours internationally with organizations such as Global Volunteers, Habitat for Humanity, and Para Todos Los Ninos. She also regularly volunteers logistical and administrative support for the Jackson Hole Wildlife Film Festival, the pre-eminent international natural history film festival.