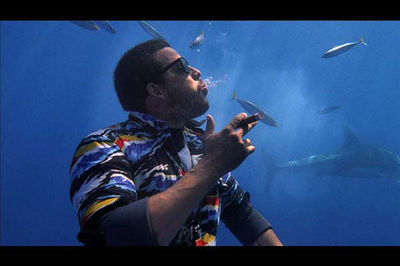 David Blaine in Dressed For Dinner

In the limited showing of Dressed For Dinner, Blaine petted a Great White Shark swimming next to him near Guadalupe Island off the west coast of Mexico and calmly floated among the sharks and fish while the filmmaker captured the majestic sharks swimming very closely to him.