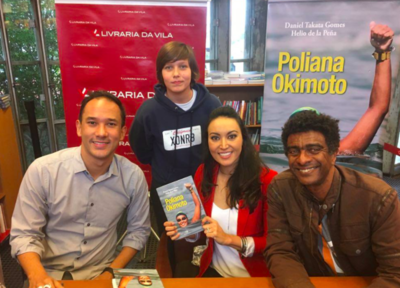 Daniel Takata Gomes and Hélio de la Peña with Poliana Okimoto at the launch of the book Poliana Okimoto, a bronze medalist in the Olympic 10K Marathon Swim at the 2016 Rio Olympic Games 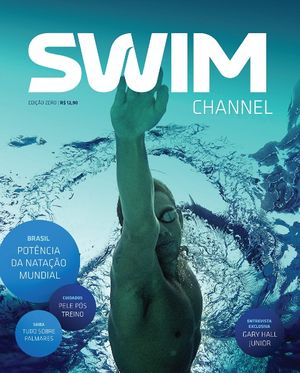 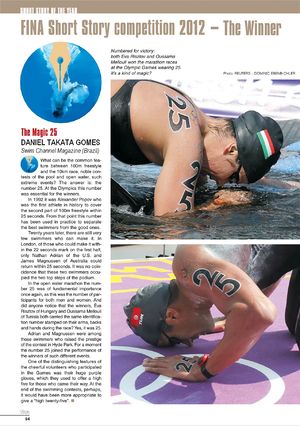 Daniel Takata Gomes is a statistician, professor, columnist and reporter of swimming. Takata also writes regularly for the SWIM Channel, the recipient of the 2012 World Open Water Swimming Offering of the Year, and will serve as the pool and open water swimming commentator at the 2016 Rio Olympic Games for Globo TV/SporTV.

Takata won the FINA international short story competition in 2011, 2012 and 2013 from the FINA Aquatics World Magazine.

Takata works with Patrick Winkler and Guilherme Freitas on the Swim Channel. Swim Channel has a huge Facebook audience. They broadcast on radio every day and archive the programs on Sound Cloud. 365 days a year Winkler provides insightful commentary on swimming and swimmers. They also have a wildly successful blog and their signature media platform, the colorful magazine, the Swim Channel, was deservedly the 2012 World Open Water Swimming Offering of the Year.