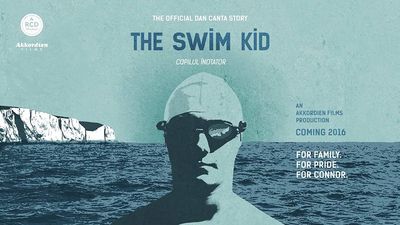 Dan Canta is a 17-year-old Romanian open water swimmer who lives in Melbourne, Australia and is the protagonist of The Swim Kid, The Official Dan Canta Story, an Akkordien Films Production.

Dan Canta has taken an unusual road to become the youngest male to complete the Triple Crown of Open Water Swimming. A 17-year-old Romanian who lives in Melbourne, Australia, the teenager is the protagonist of The Swim Kid, a film documentary of his life and path to the Triple Crown. After starting his Triple Crown journey at the age of 16, he completed the circumnavigation around Manhattan Island with the 20 Bridges Swim and an 11 hour 13 minute crossing of the Catalina Channel. Along the way, he also completed an English Channel relay with his mother and 12-year-old brother. For organizing a charity effort for the Robert Connor Dawes Foundation as part of his Triple Crown journey, for completing the Triple Crown at the young age of 17 as the first Romanian in history, for representing well the Brighton Icebergers as a mature ambassador around the world, Dan Canta's Triple Crown of Open Water Swimming is a worthy nominee for the 2016 World Open Water Swimming Performance of the Year.