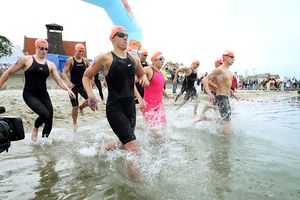 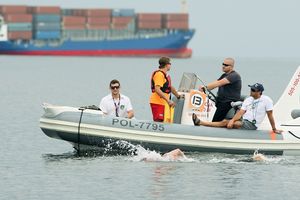 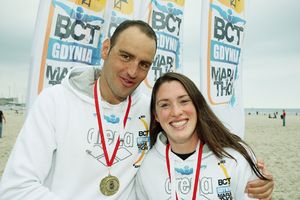 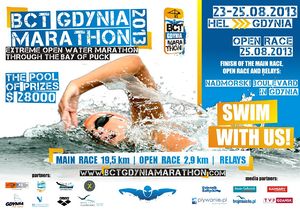 Dagmara Łuczka is its press spokesperson of the BCT Gdynia Marathon, a 19.5 km marathon swim between Hel and Gdynia in Poland. The event is organised and sponsored by Baltic Container Terminal in Gdynia and held annually in late August. The total pool of prizes amounts to US$28,000, including two first-place cash awards of US$10,000 for the overall female and male winners. The event`s participant limit is 15. It is organized by Mikołaj Nałęcz- Nieniewski and Paulina Olczyk with the assistance of Tomasz Pąchalski, Marathon`s Sport Director. Krzysztof Szymborski is the President of the event's title sponsor Baltic Container Terminal.

BCT Gdynia Marathon 2013 was announced in March 2013 and will take place on the weekend between 23rd and 25th of August. Apart from main race, shorter swim will be held on route not exceeding 3 km, to allow less experienced open water swimmers to compete. Application forms can be found on competition website.