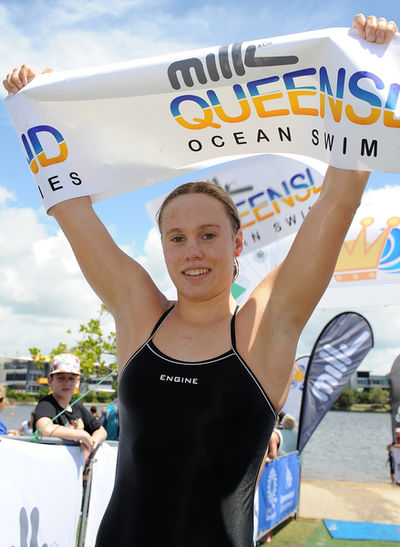 Cooly Classic 2.0 is part of the Milk & Co Queensland Ocean Swim Series in Queensland, Australia. The Cooly Classic offers competitors a rare opportunity to conquer three of Australia's most revered surf breaks - Snapper Rocks, Coolangatta, and Kirra. The event is organized by John Guise of the Weekend Warriors.

It is the third event in the Queensland Ocean Swim Series and held at Coolangatta beach at the Gold Coast on 7 April. In the last four years, this has become the Gold Coasts' premier ocean swimming event.

The appeal for the Cooly Classic is not only in the options for competitors but also in its location. Coolangatta is one of the best surfing spots in Australia and the event gives competitors the chance to experience three of Australia's favourite surfing breaks: Snapper Rocks, Coolangatta and Kirra.

• Cooly Classic 2.0 – this ocean swim starts at Snapper Rocks and follows the coast around Rainbow Bay, Greenmont, and Coolangatta, finishing at Kirra Beach
• Cooly 1000 – a 1km short course option from Coolangatta to Kirra Beach, which is a popular option for new ocean swimmers
• Kids Surf Dash

The Cooly Classic 2.0 is the main event that starts at the popular Snapper Rocks surf break and follows the coast north passing Rainbow Bay, Greenmount and Coolangatta enroute to the finish at legendary Kirra Beach.

The Cooly 1000 is a 1 km short course option from Coolangatta to Kirra Beach. This is a perfect introduction for less experienced ocean swimmers and retains the popular point-to-point format. This event is the perfect introduction to open water swimming for kids and also gives them an opportunity to enjoy the thrill of a beach sprint finish.

The 300m Kids Surf Dash is a free, fun event for kids aged 8 years and older where family and friends are encouraged to share the experience and swim the course alongside the kids.

The Cooly Classic course is designed to allow your support crew, family and friends to follow the swimmers' progress and walk the beach before meeting the swimmers at the finish line.