Colleen Blair, MBE is an inductee (Honor Swimmer) in the International Marathon Swimming Hall of Fame, Class of 2023 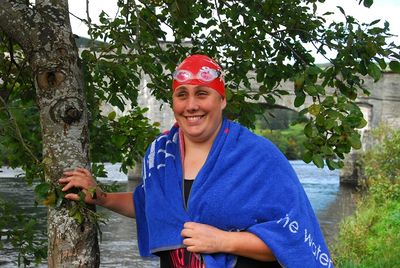 Colleen Blair, MBE is a member of the Cold Triple Crown 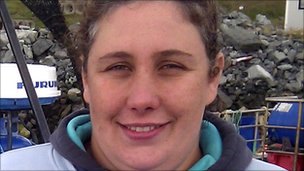 Colleen Blair, MBE is a 44-year-old Scottish open water swimmer from Aberfeldy, Scotland (originally from Dundee). She is the Regional Swimming Development Manager – Highlands, Islands & Moray for Scottish Swimming who serves as a Marathon Swimming Mentor. She was inducted in the International Marathon Swimming Hall of Fame as an Honor Swimmer in the Class of 2023.

"The Pentland Firth was a tough swim but it felt great to complete a challenge that no one has completed before. I heavily relied on my support team to keep me on the right track as the tides are so strong and would like to say thanks to all three of them — Robert Smith, my dad Bill Blair and my sister Shannon Davies."

|600|385
On 12 September 2008, Blair departed Northern Ireland and successfully crossed the North Channel arriving in Scotland 15 hours and 23 minutes later, escorted by Brian Meharg. She was the first person to swim from County Antrim to Scotland.