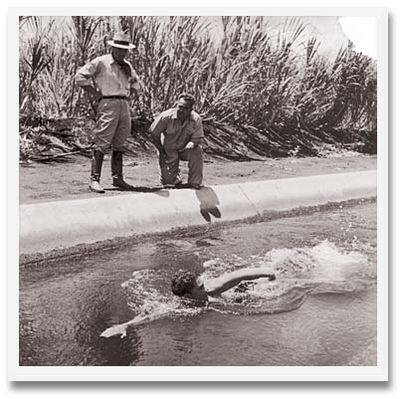 Coach Soichi Sakamoto is an Honor Coach in the International Swimming Hall of Fame and a member of the Hawaii Swimming Hall of Fame. He coached his teams to six National Team Titles in 1939, 1940, 1941, 1946, 1949 and 1950, and was an Assistant Coach at the 1952 and 1956 Olympic Games. He is a member of the University of Hawaii Sports Circle of Honor and founded the Three Year Swim Club and Hawaii Swim Club in the state of Hawaii, USA.

Sakamoto founded the Three Year Swim Club in 1937 with a goal of sending his swimmers to the 1949 Olympic Games. The original members of the Three Year Swim Club included perennial national champions Keo Nakama, Halo Hirose, Jose Balmores, and Bunmei "Bunny" Nakama. His swimmers, despite the cancellation of the 1940 and 1944 Olympics due to war, continued to set records at the national competitions. Then, at the 1948 London Olympics, his swimmer Bill Smith won two Olympic Gold Medals in 400m freestyle and 4x100m freestyle relay.

He passed away at age 91 on 2 August 1997 from complications associated with pneumonia.

A play commemorating his life is called Three Year Swim Club. Written Lee Tonouchi and directed and choreographed by Keo Woolford, and sponsored in part by a grant fund from the National Endowment for the Arts.in association with the Honolulu Theatre for Youth, it was inspired by Coach Sakamoto "who trained the youth of Maui to swim in the plantation irrigation ditches on their path to becoming Olympic champions. Set on the island of Maui in the 1930s, this heartwarming play becomes transcendent as the art of hula becomes the metaphor for competitive swimming."