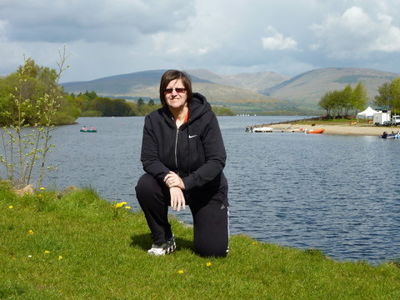 Chris Sifleet is a British open water swimmer and coach.

Sifleet has escorted the fastest male, the winner of the women's BLDSA one way swim in 2016,

Inchbaggers is a company staffed by open water swimmers who have swum the swims and escorted swimmers to achieve their aims and ambitions with safety as their primary concern. Inchbaggers escorts and assists swimmers to swim the entire Loch (24 miles), around the islands 200 metres to 7k or any other distance they desire. It provides training plans, coaching, nutritional advice, local knowledge and information, and help make their stay as enjoyable and successful as possible.

Sifleet is one of the race directors of the Vampire Swims, a series of open water swims held on 31 October.

Vampire Swims are also a great way to kick off the cold water, winter swimming season in those locations where swimming continues year round. Entry fee for these swims will include proof that the swimmer has donated blood within 6 weeks prior to the swim. Some venues are arranging a blood mobile to collect donations immediately after the swim. Those who cannot make a donation of blood for medical reasons can make a cash donation to the Red Cross or some other similar organization. A US$10 registration fee will also be expected of each swimmer to cover the cost of a custom, bloody-toothed swim cap and other incidental expenses with any remainder also to be donated to the Red Cross or other equivalent organizations that collect and distribute blood.