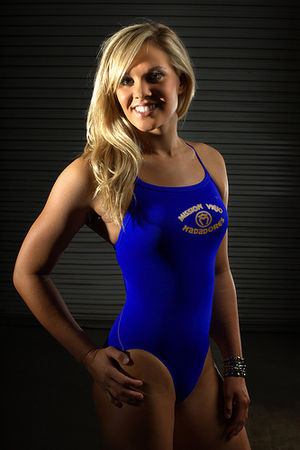 Chloe Sutton (born 3 February 1992) is a retired world-class pool and open water swimmer from California. She is a 2008 Olympian and has won a total of five medals in major international competitions: three gold, one silver, and one bronze spanning the FINA World Open Water Swimming Championships, the Pan Pacific Swimming Championships, and the Pan American Games.

She is a well-spoken ambassador of the sport of swimming who has given numerous speeches and motivational talks to individuals of all ages and was labeled one of the 15 Hottest Female Athletes to Watch at the Olympics by Ryan Seacrest.

Sutton was born in Vandenberg Air Force Base California in 1992, the daughter of David and Wendy Sutton. Her father is an United States Air Force [Officer who was in the Pentagon at the time of the September 11 attacks a Sutton became a professional swimmer in 2009, bypassing her NCAA eligibility.